Explore The NRA Universe Of Websites

The 2022 National Police Shooting Championships (NPSC) will be conducted with two components:

NPSC will then start the day after the Regional on Friday, September 16, and use the same schedule and offer the same Matches as the Regional.

Individual tournament hosts, clubs, and agencies around the country can run NPSC Postal Tournaments during the same general time frame as NPSC Pearl. This allows competitors who cannot attend this year, or who have never been able to attend the Championships, a chance to participate in the NPSC program.

Since shooting conditions will vary at NPSC Postal Tournament locations across the county, NPSC National Champions will be determined only using scores fired at NPSC Pearl. The same applies for NPSC Records. This process maintains the unique status of NPSC and the NPSC Champions, while opening up the Championships program to more potential competitors using the Postal Tournament system, long used by the NRA at the local and National level.

Each NPSC Postal Tournament needs a PPC range with a turning target system that can handle a minimum of 10 shooters at a time. There are a few more details and options, but it is similar to running any other Tournament.

Get together with your fellow PPC shooters and check with your club or agency about hosting a NPSC Postal Tournament. Staffing is minimal, hosting is simple, and the application process is fast and easy. Click here for more information. 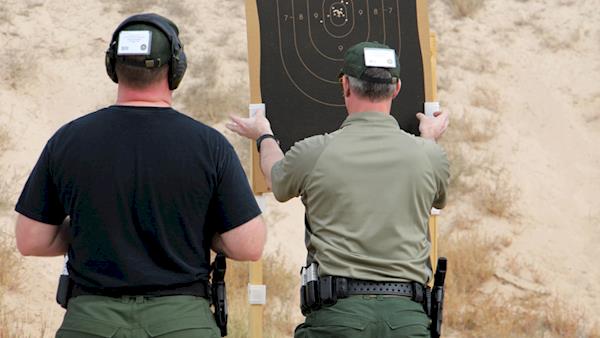 Check out past results from the National Police Shooting Championship

For more information about the Law Enforcement Division, call us at (703) 267-1632 or email [email protected].

©2022 National Rifle Association of America, General Operations. This may not be reproduced for commercial purposes.  Corporate Ethics  •  Privacy Policy